Patrick became homeless when his employer went bust in 2010 – until then he had lived in tied accommodation provided by his employer. Patrick had travelled the country in the building trade for most of his life. He didn’t really have any roots to a particular locality, nor any family, so he began roaming England, staying at various shelters and hostels as he did so (he passed through Bedford once before a few years ago). He was sometimes able to secure private rented accommodation, but had a consistently negative experience of this (one of his landlords featured on a ‘landlord from hell’ TV show). During this time he had contact with many homeless charities but, for whatever reason, he had not been helped to get the statutory support available to him as a homeless person.

He had also approached a number of councils on his own during this time but would be told again and again that he had no ‘local connection’ so couldn’t be helped. Whilst not unusual, this advice from councils is completely untrue (councils have to assist you if you’re homeless, it doesn’t matter where you do or don’t have local connection to). And, to get technical, it’s probably also a criminal offence for council officers to knowingly give incorrect advice like this (misfeasance in a public office).

Patrick’s health began to suffer and he developed mobility issues which had to be operated on, but accessing treatment whilst travelling from town to town is not easy.

Patrick arrived in Bedford a few years ago and when we became aware of his situation we helped him approach Bedford Borough Council, as we believed his poor physical health made him vulnerable to harm and thus meant there was a statutory duty to accommodate him.

Whereas before our clients have had significant difficulty in being treated legally when approaching councils on their own for help, this time Patrick was fortunate to be treated properly, which may or may well have been because we accompanied him. Patrick was placed in temporary accommodation the same day.

Happily, the Council officer went above and beyond the call of duty, which was fantastic, and within a month Patrick had been assisted into Housing Association accommodation, with which he is ‘over the moon’ about. He also commented that the officer had treated him really well, unlike some of his previous experience with council staff across the country.

It is a sad but very real problem that people can find it difficult to settle in their own place after a long time being homeless, and this can lead to a risk of them abandoning their home. To try to minimise this risk, we were also able to help Patrick get a ‘solidarity pack’ from Emmaus Village Carlton, which meant he could furnish his flat and begin to make it his own space (which started as a concrete-floored shell). Solidarity packs are part of the awesome work that Emmaus do to give people a fair chance of leaving homelessness behind them – if you think through the various costs of moving into unfurnished accommodation when you have next to no money, you can begin to see why solidarity packs are so valuable. Patrick said (and these were his actual words) that when he came into contact with JustUs he ‘hit the jackpot’ and his ‘life changed overnight’. 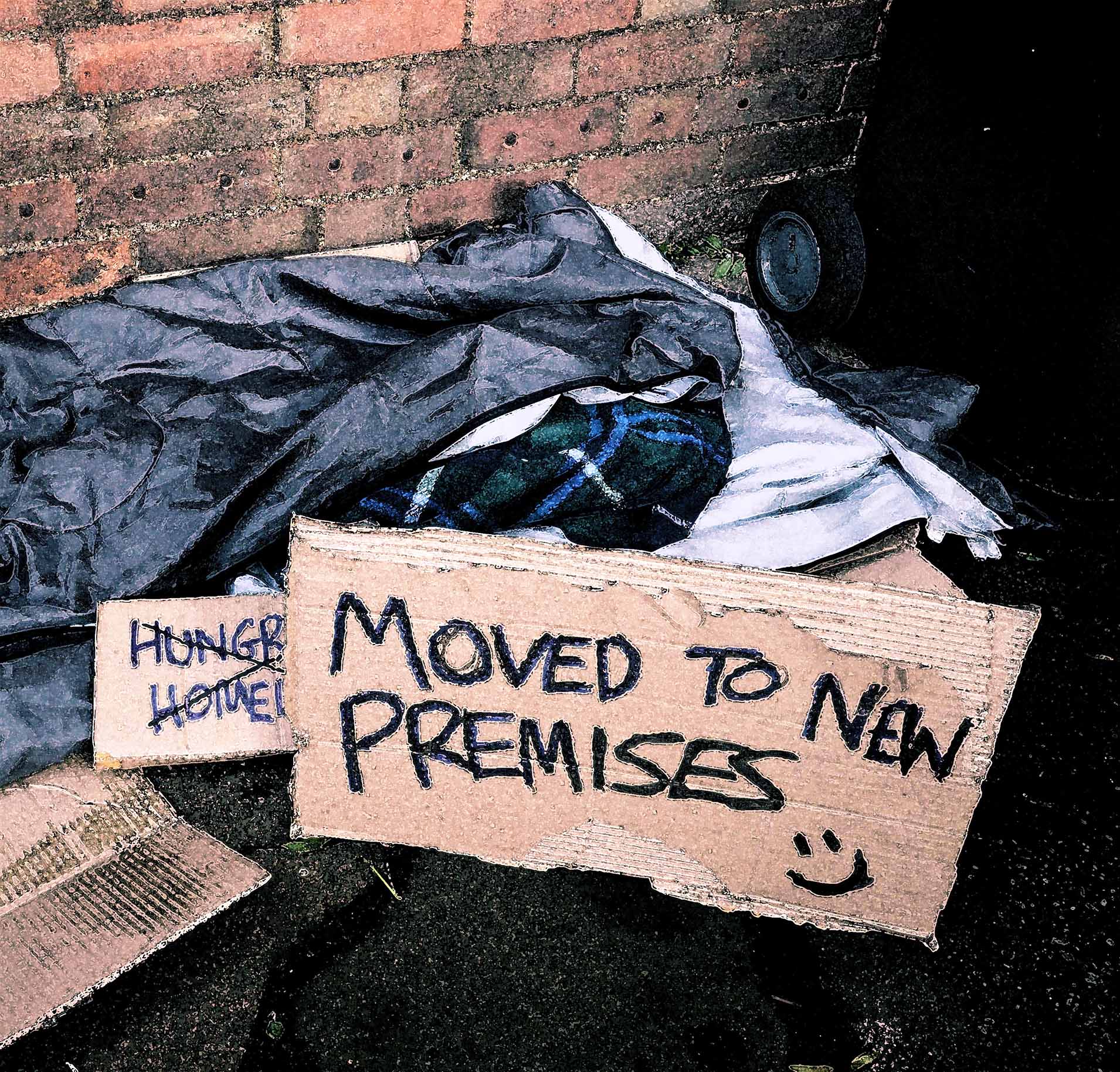 As a bonus we were put on to some spare carpet through another great local organisation called Companion’s Real Bread, which happened to have its premises next to a carpet warehouse. Through this connection we were able to secure some great carpet and fit it with Patrick, meaning that his bare concrete floor was now decidedly more homely.

When Patrick was asked about his experience of the homeless charities he had been supported by, Patrick said that he had usually found staff to be very passionate and caring, but had expected clients to know enough about housing law and policy to get housed themselves, which he felt was something that could be improved. He also felt that his experience of councils had been very poor up until this point – in reality he should have been housed years ago.

So now Patrick has a place to make his home, he has been able to engage with local hospitals to start undergoing treatment for his health issues.

To put things in perspective, the total cost to JustUs of supporting Patrick from long-term homelessness to a comfortable home was about the same as the cost of 3 or 4 nights’ worth of supported housing.